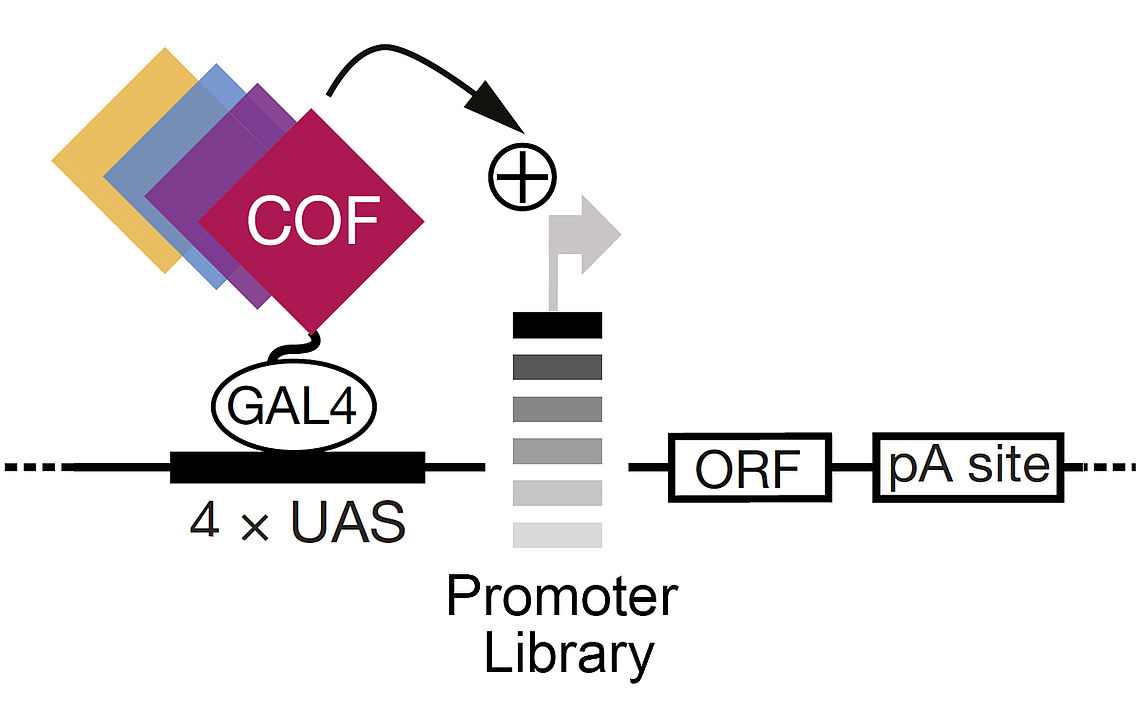 IMP scientists from the lab of Alexander Stark show why certain activators - enhancers or cofactor proteins - activate specific promoters. The findings, which are now reported in the journal Nature, could have implications for gene therapies.

Transcriptional regulation is a fundamental mechanism of life, and widely studied in development. A team of IMP scientists from the lab of Alexander Stark have now asked how cofactors can activate certain promoters but not others on a whole genome scale.

Genes are those parts of DNA that encode functional proteins. Before exerting a function in the cell, a gene sequence needs be copied from DNA into RNA in a process called gene transcription, which initiates from certain sequences at the beginning of each gene known as promoters. Transcription from promoters is activated through cues by certain sequences called enhancers. This ensures that each gene is expressed in specific cells at a specific time point - ultimately orchestrating the rise of the diverse cell types that make up complex organisms.

An important group of proteins involved in activation of transcription that mediate communication between enhancers and gene promoters are transcriptional cofactors. The IMP scientists asked three questions: Which cofactors are sufficient to activate transcription from promoters, and can they do so from any promoter or only some? Do different cofactors display different promoter preferences? Are there different types of promoters that can be activated by some cofactors but not by others?

To answer these questions, the scientists needed a method to measure and quantify the activation of transcription from any promoter in response to a specific cofactor in parallel for all promoters in the genome.

"For this, we took advantage of a high-throughput assay that measures promoter activity developed previously in our lab, called STAP-seq, which we combined with the use of a specific cofactor", says Cosmas Arnold, one of the co-authors.

The scientists found that specific cofactors preferentially activate certain types of promoters, distinguished by their sequence, both in cells of fruit flies (Drosophila melanogaster) and humans.

"We show that there is regulatory compatibility between cofactors and promoters as a novel fundamental principle in regulation of gene transcription that can explain why certain enhancers activate certain genes, but not others", says Vanja Haberle, postdoctoral researcher in the Stark lab and another co-author, to summarise the findings.

Knowing what can or cannot activate transcription of a certain gene is important in biotechnological applications. Understanding transcription is crucial in the era of CRISPR-based technologies, which allow the targeting and manipulation of the transcription of specific genes in the genome - potentially in the context of gene therapy.