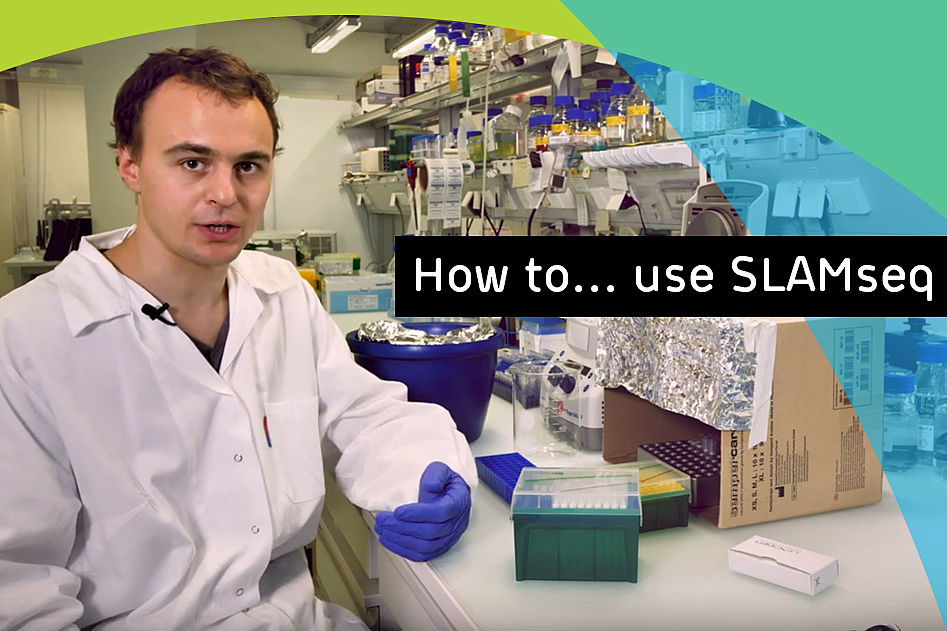 In a new video format, IMP scientist Matthias Muhar explains step by step how SLAMseq can be used to profile cells’ transcriptional responses to drugs. The video tutorial builds on a real success story of the Vienna BioCenter.

SLAMseq as a method was developed under the lead of Stefan Ameres' lab at IMBA, the application to characterise cancer genes and drugs was spear-headed by Johannes Zuber's lab at the IMP. SLAMseq's commercialisation is done by Lexogen and the video tutorial now released by the IMP draws from an animation by Biolution. As such, it can be seen as a testimony to the cross-fertilisation the VIenna BioCenter enables.