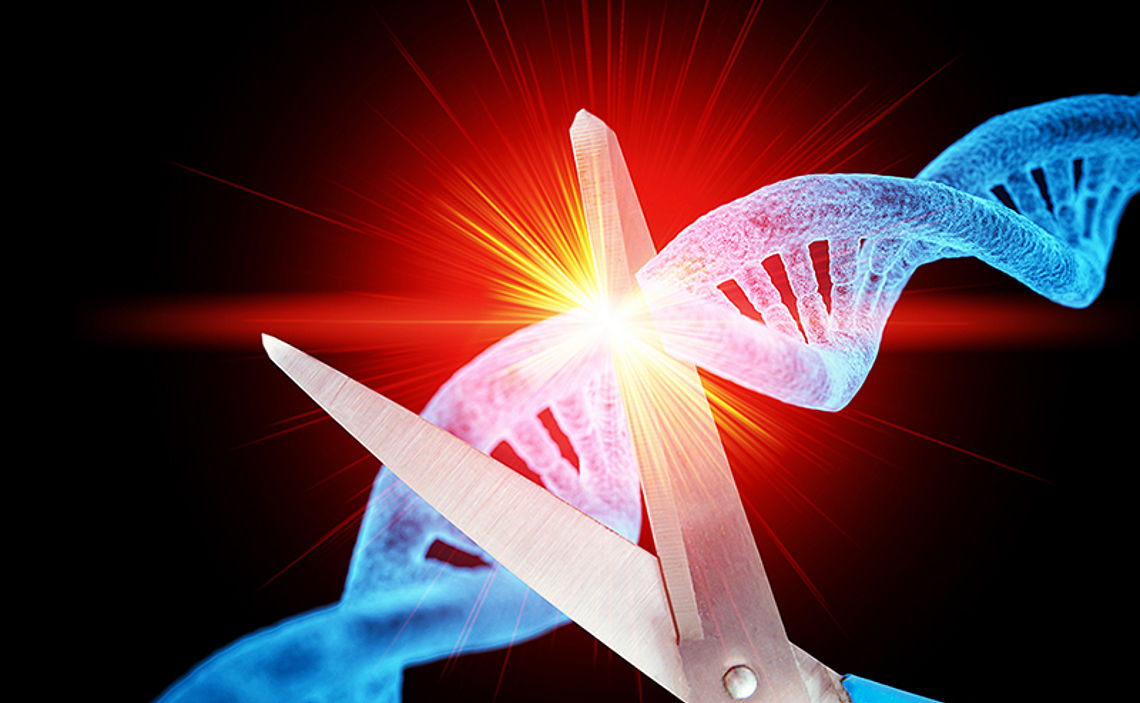 Researchers at IMBA and IMP develop a new CRISPR tool that predicts effective guide RNAs with unprecedented precision. They named it Vienna Bioactivity CRISPR-score – or VBC-score for short. The joint effort is testimony to the collaborative spirit at the Vienna BioCenter.

With its ability to precisely cleave DNA sequences, CRISPR/Cas9 revolutionized gene editing in life sciences labs worldwide. Now, the teams of Ulrich Elling and Johannes Zuber, at the Institute of Molecular Biotechnology (IMBA) of the Austrian Academy of Sciences and the Research Institute of Molecular Pathology (IMP) respectively, have sharpened the genetic scissors further: The two labs developed the Vienna Bioactivity CRISPR-score (in short: VBC-score), which predicts and quantifies how well a certain CRISPR-cut disrupts a gene. This is a milestone for improving genetic screens and was now published in the prestigious journal Nature Methods.

Genetic screens are one of many research areas that have been boosted by the CRISPR technique. By systematically disrupting selected genes, genetic screens allow researchers to explore which genes are required for normal and disease processes, for example the growth of cancer cells or the infection with a virus. However, the system is not perfect: depending on the changes CRISPR/Cas9 introduces into the DNA sequence, genes may continue to be active, which influences the results of screens.

Holistic VBC score selects efficient guides
Ulrich Elling and Johannes Zuber joined the forces of their labs to improve the performance of CRISPR-based genetic screens. Their efforts focused on guide RNAs, which are nucleotide sequences that help the Cas9 nuclease find the exact location at which to cut. In principle, researchers seeking to knock out a specific gene could choose from hundreds of guide RNAs that target different sections of the gene. The new “VBC-score” predicts how likely a guide RNA will introduce mutations that disrupt the function of the gene. This way, researchers can now select the most effective guide RNAs for genetic screens and other CRISPR applications.

Unlike previously available prediction methods, the VBC-score takes into account the entire CRISPR process, from efficient guide RNA binding and Cas9 cleavage of the targeted DNA region, to the type and functional impact of mutations that are introduced during DNA repair. As the genetic code is read out in triplets, many mutations such as insertions or deletions of one or two nucleotides change the “reading frame” and thereby disrupt the production of the full protein. However, other mutations leave the coding sequence “in frame” and just result in a loss or a gain of one or few amino acids, while the rest of the protein remains normal.

The team at the Vienna BioCenter found that the consequences of such in-frame mutations crucially determine whether a guide RNA efficiently silences a gene or not. Their algorithm predicts, based on the gene sequence and the guide RNA sequence, whether an induced mutation will disrupt the protein, even if the mutation is in-frame. For such mutations, parameters including evolutionary conversation and the location of a change – at the core or at the outside of a protein – affect whether the protein is disrupted or not.

Prediction tool freely available online
“Our algorithm combines all three criteria into the holistic VBC-score, which depicts the entire CRISPR mutation process. The VBC-score predicts which guides will be effective in a screen”, says Elling. This is a major advance for CRISPR-based screening, adds Zuber. “We actually found that many important genes have been missed in previous screens. The VBC-score brings us closer to truly genome-wide screening, and therefore will enable new discoveries.” The prediction tool can be accessed at www.vbc-score.org. Genome-wide predictions for all standard model organisms as well as specific predictions for genes of interest are available.

The VBC-score is the result of a long-standing collaboration between the two research groups at IMP and IMBA in the Vienna BioCenter, says Elling. “We have been working together on many aspects, as we share a drive to tinker with technology and to push things to perfection.” The two institutes are not only physical neighbours with shared facilities - close cooperation and an exchange of ideas create synergies that result in milestones such as the VBC-score, adds Zuber. “The culture of the Vienna BioCenter is inspiring. We share ideas very early, discuss possibilities, and are always up-to-date about research ongoing at the institutes. When working together on new technologies, such as we do, it is particularly fruitful to bring together different mindsets.”