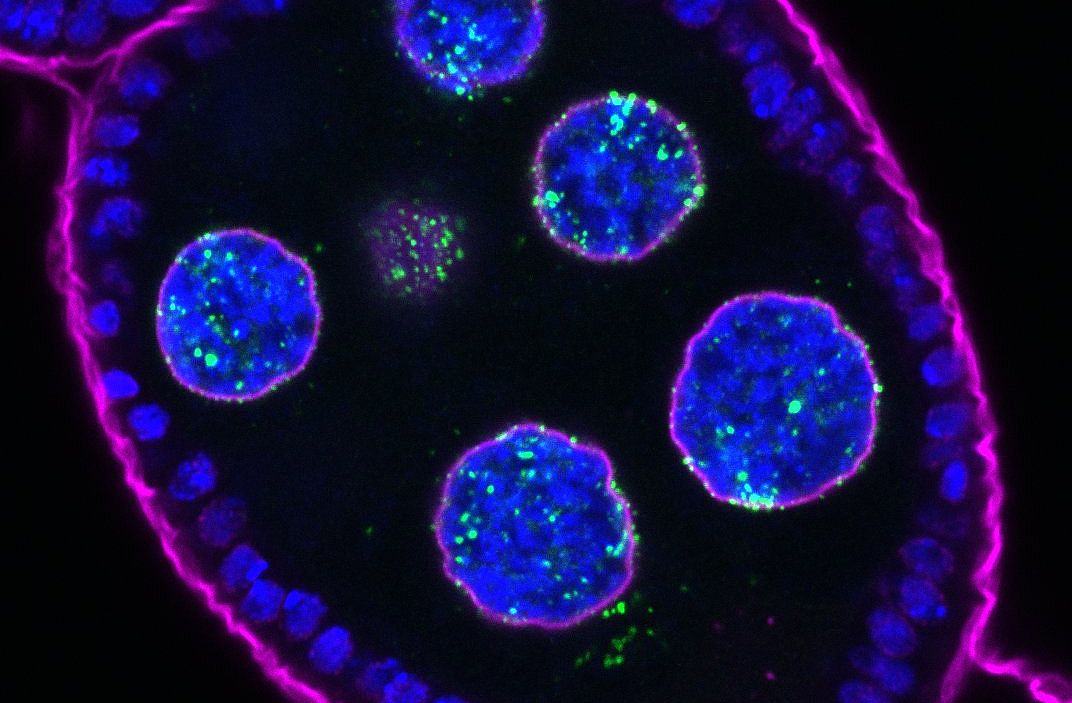 Researchers at IMBA - Institute for Molecular Biotechnology of the Austrian Academy of Sciences – describe “adaptive radiation” of RNA export proteins. Their findings show how a small RNA pathway utilizes and re-purposes preexisting building blocks in the cell to protect genome integrity.

Of the three billion base pairs in the human genome, less than two percent contain the information encoding the ~20,000 proteins. That is, because at least half of our genetic material originated from selfish genetic elements such as transposons. Scattered throughout the genomes of plants, fungi and animals, transposons can ‘jump’ from one genomic position to another. In doing so, they provide an important source of genetic diversity and thereby can promote adaptation of their host. Uncontrolled transposon activity on the other hand leads to widespread DNA damage and mutations, which can result in disease or cell death. To prevent this, organisms have developed effective ways to keep the harmful genome intruders in check.