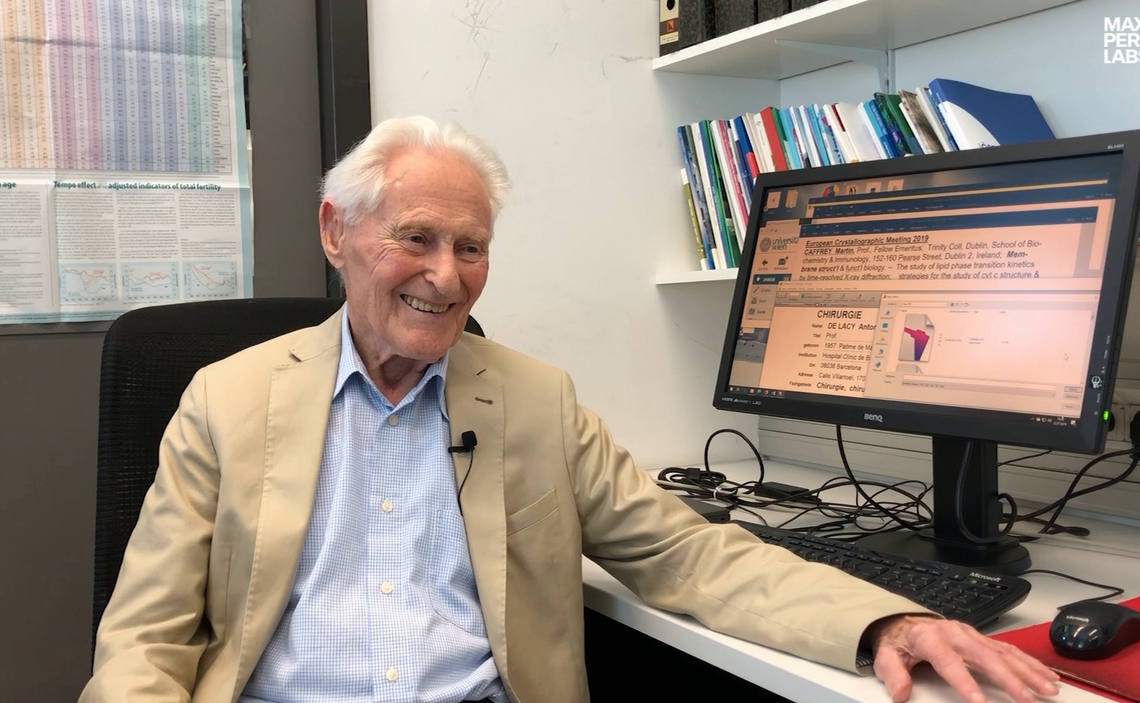 Professor Hans Tuppy, born in 1924, started his studies in Chemistry at a time when Europe was struck by World War II. The war took both his father and brother. After graduation in 1945, his career brought him to Cambridge where he worked in the world-famous lab of Fred Sanger on the sequencing of insulin. His next career step was the Carlsberg Laboratory in Copenhagen, from where he returned to the University of Vienna. Later in his career, he shaped Austria’s scientific landscape as Minister of Science and as Rector of the University of Vienna among many other positions. Today, at the age of 95, he still comes to work in his office at the Max Perutz Labs.