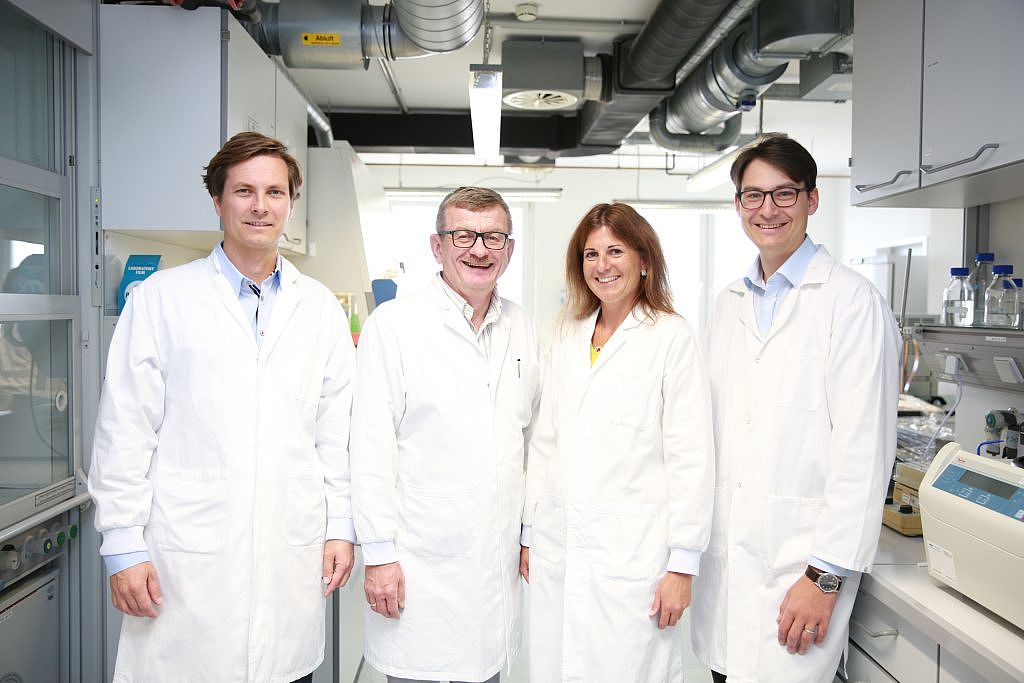 Vienna BioCenter-based biotech company PhagoMed Biopharma GmbH has discovered a novel drug candidate for the treatment of Bacterial Vaginosis and the re-stabilization of the vaginal microbiome. A dedicated R&D team has been established to develop this unique therapeutic approach, which is based on a phage lysin. Phage lysins are enzymes of specific viruses (phages), which can eradicate and destroy bacteria. They are considered as a potential alternative to antibiotics, which are losing their efficacy due to bacterial resistance. With this new program, PhagoMed is extending its portfolio: in addition to therapies based on complete phages, the company now also develops a pharmaceutical based on a recombinantly expressed enzyme.

Antibiotics are past their prime. The spread of antibiotic-resistant bacteria is gradually diminishing their effectiveness in treating bacterial infections. One alternative are bacteriophages – viruses that infect and kill bacteria. The Vienna-based biotech company PhagoMed Biopharma GmbH is specialized on developing phage-based drug candidates for the treatment of severe bacterial infections in humans. The company has now announced the expansion of its development pipeline by adding a recombinant phage enzyme (endolysin) that specifically targets Bacterial Vaginosis.

“During our research into the field of Bacterial Vaginosis we came across a new type of phage endolysin, which was highly effective against Gardnerella bacteria”, explains PhagoMed’s co- founder and Co-CEO, Dr. Lorenzo Corsini. “Bacteria of this genus are regarded as critical for the formation of Bacterial Vaginosis (BV). BV affects between 10% and 30% of women worldwide, making it the most frequent vaginal infection and one of the top reasons for antibiotic prescriptions.” Two characteristics make phage lysins prime candidates to treat not only BV, but also many other severe bacterial infections: Firstly, endolysins can be selected to specifically attack the bacteria that cause the disease – without harming the rest of the microbiome – and secondly, endolysins can also destroy bacteria that are resistant to any antibiotics.

PhagoMed isolated Gardnerella-specific phage lysins and optimized them by genetic engineering. On this basis PhagoMed has filed a patent application for this class of recombinant endolysins and established a dedicated team focused on the development of phages at the company’s headquarter at the Vienna Biocenter. The Austrian Research Promotion Agency (FFG) has awarded a grant of EUR 1 million under its Early Stage program to further develop the endolysins. To lead the team, PhagoMed successfully recruited Dr. Christine Landlinger- Schubert as the director of the lysin program. She was previously the Head of Pre-Clinical development at Affiris AG, another Austrian biotech company. Apart from the Bacterial Vaginosis program, PhagoMed has active development programs in the fields of urinary tract infections and implant-associated infections.

Corsini emphasizes the advantages of phage-based treatments: “Phages and endolysins offer effective alternatives to antibiotics blunted by bacterial resistance, and they work very precisely without destroying the natural microbiome. What’s more, they can combat bacteria in impenetrable biofilms, where antibiotics are ineffective independently of resistances.” All these benefits make phage-based therapies an ideal alternative to antibiotics.