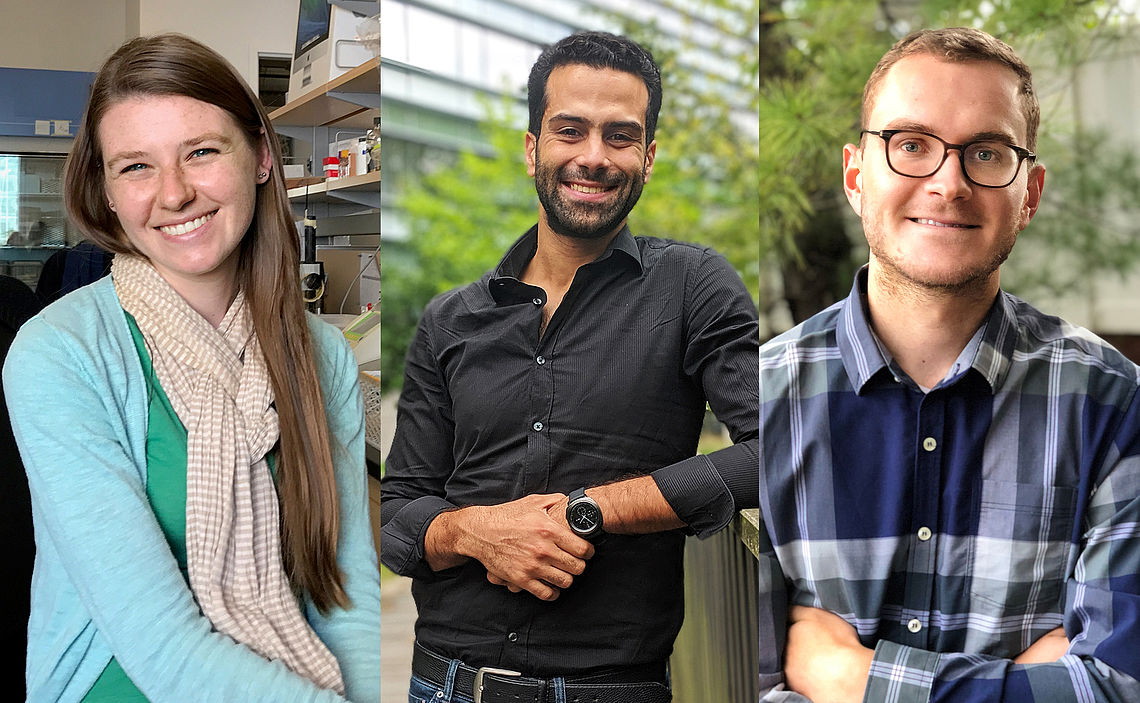 Emily Bayer of Columbia University, Mohamed El-Brolosy of the Max Planck Institute for Heart and Lung Research, and Justin Silpe of Princeton University: three exceptional young scientists were chosen to be the first laureates of the new International Birnstiel Award for Doctoral Studies in the Molecular Life Sciences.

The inaugural International Birnstiel Award, named after the the late IMP fouding director Max Birnstiel, is given to three young scientists that stood out from exceptionally strong competition: over 100 nominations were received from institutions in Europe, the US and Asia. The award will be presented by Maggie Birnstiel, scientist and widow of Max Birnstiel, in the frame of the 25th Vienna BioCenter PhD Symposium on 8 November 2019.